The 2018 World Cup: A Glorious Distraction

Despite my complete and utter indifference to football, I am truly sad England are out of the World Cup. My country needed the win. We need to feel triumphant. Upbeat. Positive. Some unifying force in the face of the monstrous clusterfuck that is the current British social and political landscape.

This now goes beyond Brexit. The past few days have exposed, more than ever, the visible abuse of power by the monstrous arsehole convention at the helm. Watching from across the Old Sea, I am astonished by the flagrant disregard the few have for how they may appear to the many. They just don’t care. The Machiavellian chess game once sequestered behind the gates of Westminster has spilled out into the public space. Shameless bungling amateurs scrabbling around in the dirt to gratify their colossal, gossamer-thin egos. It is brazen, it is audacious and it is ugly. It’s like doing the Charleston in front of Stephen Hawking, taking a baseball bat to his chair, then insisting he pay for the damage. That brilliant mind has been mercifully returned to the cosmos to shine for all eternity, but for those of us left behind, we continue to watch this abhorrent shitshow unfold with depressing predictability.

It has rarely been so apparent in British politics that these bloated, psychopathic clowns are prepared to burn down the circus tent and there’s not a damn thing we can do about it. This is their party and we are not invited. Not really. We have the vote, but if policy is based on blatant lies, and we continue to believe whatever bullshit we are fed, that vote is wasted. We are merely spectators left out in the cold, our noses pressed against the window like desperate Dickensian orphans.

The worst part? We just take it. What do we do? March? It’s a distraction that rarely works. If it did, those in power wouldn’t let us do it. Just how angry does the mob have to get before we trade placards for pitchforks and torches?

The current Brexit strategy will please no one. They know this. Meanwhile the bus continues to hurtle towards the precipice without a map. The brakes are worn. The undercarriage is shot. The tyres are burst, flapping against the dirt as a whoop of obnoxious, fatted baboons fight over control of the wheel. Again, I ask, what do we do? Watch Love Island and crack open another beer?

Still. From what I have seen on here, the sterling effort by Southgate and his respected team has ignited a spark in Albion. This Sceptred Isle is a force to be reckoned with. Even if it is only in football, maybe it’s enough. So let’s keep the fires burning, stay in the game and hold on to hope. In the meantime, here’s a baby sloth in a teacup. Isn’t it cute? Have a great day. 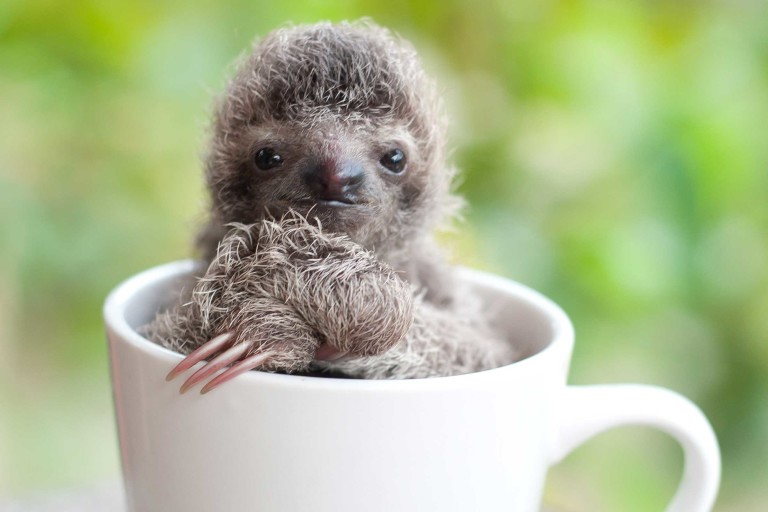